A seminar on “Modernism in English and Bangla Literature” was held at the Auditorium of Daffodil International University (DIU) on 24th March 2012. Renowned poet of contemporary Bangla literature and Professor of English from Dhaka University, Dr. Khondakar Ashraf Hossain, delivered keynote speech on the occasion. Professror Mustafizur Rahman of Rajshahi University and Professor Shafi Ahmed of Jahangirnagar University took part in discussion.

Coordinated by Dr. Binoy Barman, Head of English Department, the seminar was also addressed by Professor Dr. Lutfar Rahman, Vice-Chancellor of DIU, and Professor Dr. Golam Rahman, Dean of the Faculty of Humanities and Social Science.

Professor Hossain started his speech with an explicatory discussion of the terms modern, modernity and modernism to eliminate the confusion that often gives birth to many debates. Then he shed light on the historical context of ‘Modernism’ by briefly discussing the socio-economic scenario of Europe, especially England of 19th century. The keynote speaker stated that Modernism in literature is the representation of a world full of dreads, frustrations and fragmentations – a consequence of the restlessness and uncertainty arising from World War in the early 20th century.

This eminent Professor pertinently discussed the birth and rise of Modernism in English and Bangla literature citing references from different poets from T. S. Eliot to Jibanananda Das. His deliberation with a mix of wit and humour made the audience listen to him with rapt attention. The enthusiastic listeners were entertained later with recitation of his own poems.

Professor Mustafizur Rahman and Professor Shafi Ahmend in their discussion touched on various aspects of modernism in literature with reference to the speech of Professor Ashraf, particularly regarding the history of Modernism in Bangla Literature. They were of the opinion that Rabindranath Tagore should be called a modern poet despite his inclination to romantic ideology. The discussion was followed by a question-answer session where English Department students took the opportunity to get their ideas clear by Professor Hossain. 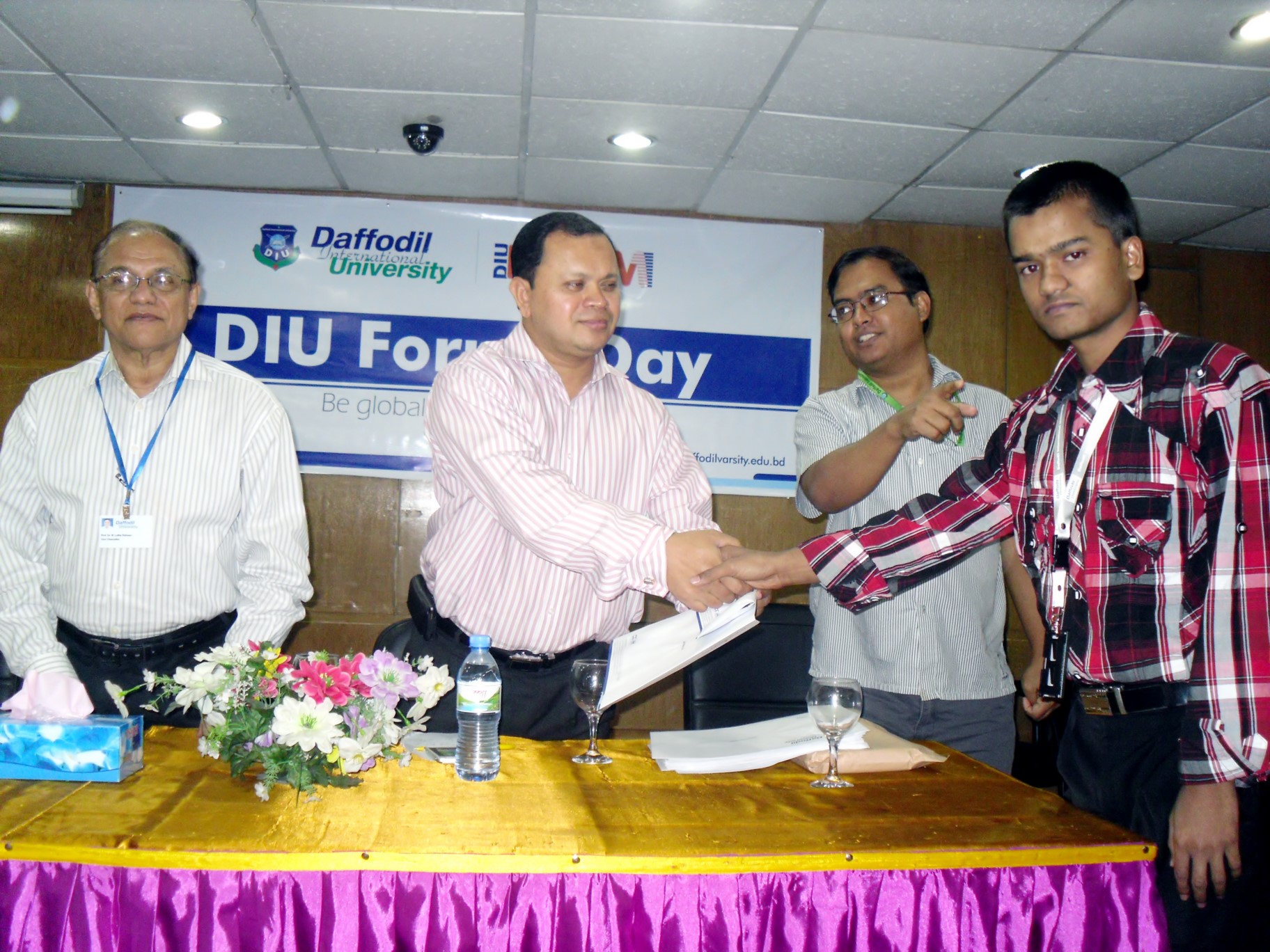